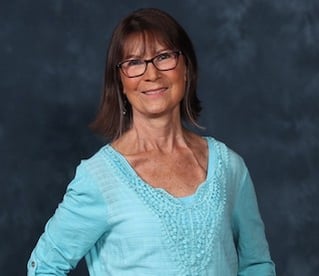 It’s been a tough road for Melissa Crouse, sometimes almost deadly. She had a lobe of her left lung removed and was twice hospitalized in critical condition since she was diagnosed with Stage 2A non-small-cell lung cancer (NSCLC) in 2005. Despite this, the retired middle school music teacher from Cape Coral, Florida, has managed to survive the progression of her disease for 14 years thanks to scientific advances, including next-generation genetic sequencing (NGS), and clinicians who continually identified her latest and best available treatment options.

One of the toughest periods began in 2009, when Melissa received what she then thought was fatal news -- the cancer had metastasized to her liver. What followed were grueling drug therapies and multiple types of radiation - sometimes before going to work. During this time, she found “normalcy” by continuing to teach choir and orchestra to sixth-through-eighth graders.

Early in her treatment, Melissa’s doctor ran a single-gene biomarker test on her tumor to look for the EGFR mutation, then the only gene variant known to be associated with NSCLC. Results showed Melissa’s cancer didn’t have that genetic mutation.

In 2012, Melissa’s doctors ran a comprehensive biomarker test that scanned her tumor for multiple mutations simultaneously. It would eventually change her course of treatment and her future – allowing her to enjoy the birth of five grandchildren and to plan holiday dinners with the family.

The test revealed the genetic alteration RET (fusion) was fueling her cancer. Melissa’s oncologist was excited about the finding because knowing the specific biomarkers offers insights on how to properly treat patients on a molecular level, with better results and less side effects. However, there was no targeted therapy for the RET fusion at that time.

It was another five years – and a couple rounds of therapies that were unsuccessful and induced life-threatening side effects -- before an experimental RET-targeting drug was developed by Loxo Oncology, which has since been acquired by Eli Lilly and Company.  Melissa was fortunate to be enrolled in the early-stage clinical trial for that drug, LOXO-292. By then, Melissa said she had four or five large tumors, though at one point she had as many as 17 tumors in her liver.

Two years later, Melissa is thrilled with the results: “I have no evidence of disease and a great quality of life.” She once again has the stamina to do things she loves, such as playing with her grandchildren, going to the beach and attending church.

She also uses her experience to educate and advocate. She founded RET Renegades, a social media-based, RET-positive patient support community, and she has been a longtime mentor for the nonprofit LUNGevity patient advocacy foundation.

"These days, when a person is diagnosed with lung cancer, it's imperative that comprehensive biomarker testing should be done."

“These days, when a person is diagnosed with lung cancer, it’s imperative that comprehensive biomarker testing should be done. This way, the doctor knows exactly what he or she is treating,” she said. “The best course of treatment is getting on a therapy designed to target your specific genetic mutation, as soon as possible.”

These targeted therapies cause less collateral damage to healthy cells, which means less side effects. Unfortunately, due to the expense and many requirements of comprehensive biomarker testing, as well as the knowledge of individual doctors, they are not routinely ordered for patients everywhere.

For instance, at community cancer centers in small towns where oncologists deal with many kinds of cancer, some doctors may not even be aware of the biomarker testing and targeted treatments for every cancer because the science is evolving so rapidly, Melissa said. Some clinics outsource their biomarker testing and getting results can take weeks.

“I’ve asked patients who haven’t received comprehensive biomarker testing how their doctor knows how to treat them without really understanding their cancer,” Melissa said. “Some patients tell me their doctor said such tests aren’t necessary.”

"Our goal is to advance precision medicine in every clinical setting by enabling clinicians to leverage the power of comprehensive genomic information."

“One of the biggest barriers to realizing the full power of precision medicine in oncology is having access to high-quality testing, such as next-generation sequencing-based tests, that identify a broad range of clinically actionable alterations, can be performed locally, and allow treating institutions to participate in this important step in the evolving treatment paradigm,” Anne White, president of Lilly Oncology, said when Eli Lilly and Thermo Fisher Scientific announced an agreement designed to improve access to comprehensive tumor profiling.

The companies are collaborating on the development of a companion diagnostic for LOXO-292, which will help doctors identify the RET patients it would benefit. RET variants are found in about two percent of NSCLC, about 60 percent of medullary thyroid cancer and approximately 20 percent of other thyroid cancers.

“Our goal is to advance precision medicine in every clinical setting by enabling clinicians to leverage the power of comprehensive genomic information,” said Mark Stevenson, executive vice president and chief operating officer at Thermo Fisher. “We envision a time when patients at local hospitals have faster access to comprehensive test results that can guide more effective, targeted therapy selection and improved health outcomes.”

Melissa, who thinks she’s probably been treated with everything available for NSCLC, applauds the development of a companion diagnostic for LOXO-292.

“Everyone would be thrilled with a (companion diagnostic) that would be a quick turnaround and match people with the right drug sooner,” she said. “The wrong treatments create a lot of collateral damage, and when you’re a late-stage patient you’re very cognizant of the time you’re spending on unsuccessful treatment.”